When Shinzo Abe was re-elected as Japan’s Prime Minister he aggressively embarked on a challenge to revive Japan’s “sluggish” economy. With the introduction of Abenomics, an economic policy that includes “three arrows” of fiscal stimulus, monetary easing, and structural reforms, the ball was set in motion to redefine Japan’s standings within the global market. Over the past several years, Japan has developed a foothold in the cell therapy clinical trial space and gained global attention based on their regulation reform. In this blog, we’ll address how these new regulations are impacting cell therapy clinical trials conducted by the biopharma industry on a global scale. 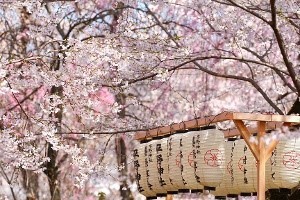 The Streamlined Regulatory Process The national focus on regenerative medicine and cell therapies in Japan, coupled with Abenomics, paved an accelerated pathway for a new regulatory system to be put in place last year. According to Toshio Miyata, executive director of the Health and Global Policy Institute in Japan, “the new approval system for the commercialization of cellular therapy products would move approval from the end of clinical trials to a stage intermediate between the confirmation of probable benefit and safety and marketing with further confirmation of efficacy and safety to follow.” As the figure below (courtesy of National Academy of Sciences) indicates, this new regulatory framework expedites the clinical development process by limiting the amount of time, and money, spent in the clinical trial phase.

Advantages of Changing Regulations Several advantages of these regulatory changes were recently published in a blog by Robert Kamphuis,General Manager, Fisher Clinical Services, Japan. The post noted how the changes have increased the ease to which clinical trials are facilitated in Japan, including:

In addition to these advantages, the post also identifies several challenges including the obvious language barrier (though improving in younger generations of Japanese nationals), as well as the cultural differences that impact business operations.

Japanese Culture and Corporate Partnerships Japanese culture has been historically skeptical of Western culture, research, and corporations, making it a difficult market for foreign-owned entities to break into. However, to facilitate economic development within the cell therapy market, there has been increasing confidence by Japanese pharmaceutical companies in forging mutually-beneficial with foreign partners.

An example of this is evident by the corporate partnership between RepliCel, a Canada-based regenerative medicine company, and Japan-based cosmetics leader, Shiseido. Though this is an interesting partnership, it isn’t uncommon that a life sciences company would collaborate with a cosmetics company. In a recent interview RepliCel’s CEO, David Hall, discussed how a mutual interest in the treatment of male pattern baldness lead to discussions on how to get a product to market quickly.

“It’s always been a challenge [to break into the Japanese market] due to the different regulatory environment, as everyone will attest to. But with the changes that have been led by Prime Minister Abe, indeed making an international commitment in 2013 to improve the challenging regulatory environment especially in the area of regenerative medicine…that has highlighted a commercial strategy, a good business strategy, for biotech in the regenerative medicine business in particular to be going to Japan, where the rules themselves have opened up an opportunity under a still highly regulated environment…but the sort of accelerated paces to get into the clinic.”

He goes on to discuss how the new regulatory framework in Japan allows companies to avoid the lengthy protocols followed within the US, and “get products into humans in a quicker fashion, but also adjust their clinical protocols as they advance.” These new Japanese regulations allow the protocol to be adjusted and fine-tuned as you move along.

Although there are some challenges associated with conducting business in Japan, the new regulatory changes are already showing evidence of driving folks to partner and conduct clinical trials in this industry. If Japan’s changed approach to the industry proves to be as effective as they hope it to be, perhaps other countries’ regulatory bodies will follow lead, eventually decreasing the difficulty in getting cell therapies to market.